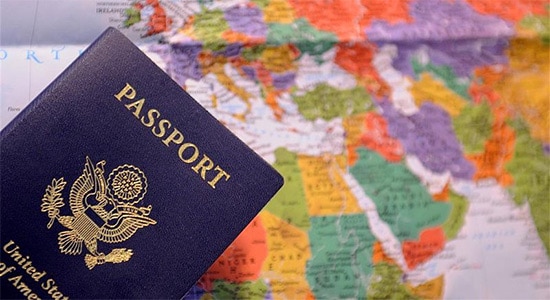 On August 8th, 2016 the US Tax Court issued an opinion which denied a Taxpayer’s deduction for unreimbursed employee business expenses as well as his ability to claim the foreign earned income exclusion.  Michael D. Hirsch was an investment associate for Merrill Lynch who worked as part of a group which had their office location in New Jersey.  He and his wife, Jane Hirsch, moved to Israel in 1993 and were citizens of both Israel and the United States.  Mr. Hirsch was limited in where he could conduct business for Merrill Lynch.  He was not authorized to work out of Merrill Lynch’s office in Tel Aviv, Israel and was essentially only authorized to conduct business in the United States.  As a result, Mr. Hirsch would make frequent trips (Approximately 10 days a month) to New York.  While in New York, Mr. Hirsch would reside with his sister-in-law.  Coincidentally, his mailing address for Merrill Lynch was registered at this sister-in-law’s residence in New York.  His W-2 from Merrill Lynch as well as the address for which his car was registered was also his sister-in-law’s address.  For taxable years 2009 – 2011, the Hirsch’s utilized the unreimbursed employee expense deduction on their Schedule A for travel associated items related to trips to and from New York.  In addition, the Hirsch’s sought to exclude some of their income under the foreign earned income exclusion.

As many of us are aware, the United States taxes its citizens and residents on their worldwide income.  Of course, there are exceptions to this rule, one being the foreign earned income exclusion.  In order to qualify for this exclusion, a Taxpayer must meet two requirements:  (1) their tax home must be in a foreign country, and (2) they must be a resident of a foreign country (subject to certain parameters and timing conditions).

In this instance, there was no issue in determining whether Mr. Hirsch was a citizen of Israel.  However, the court determined Mr. Hirsch’s tax home was not in a foreign country.  A taxpayer’s “tax home” is generally considered to be the location of his regular or principal place of business and not where his personal residence is located.  As such, the court determined Mr. Hirsch’s place of business was in New York based upon his records and employment relationship with Merrill Lynch.  Therefore, he failed one of the requirements and his foreign earned income exclusion was disallowed.

With respect to Mr. Hirsch’s utilization of the unreimbursed employee business expense deduction, the court determined that he lived in Israel for personal reasons and did not meet any of the exceptions to the general expectation that a Taxpayer will choose to live near his place of

Interestingly, and as a result of this analysis, the Hirsch’s were hit with an accuracy-related penalty in addition to the increase in tax for each period.  The issues surrounding employment overseas and the U.S. taxation of the income can be rather complicated and difficult to comprehend.  These issues often times are fact-sensitive and turn on the details of each individual’s case.