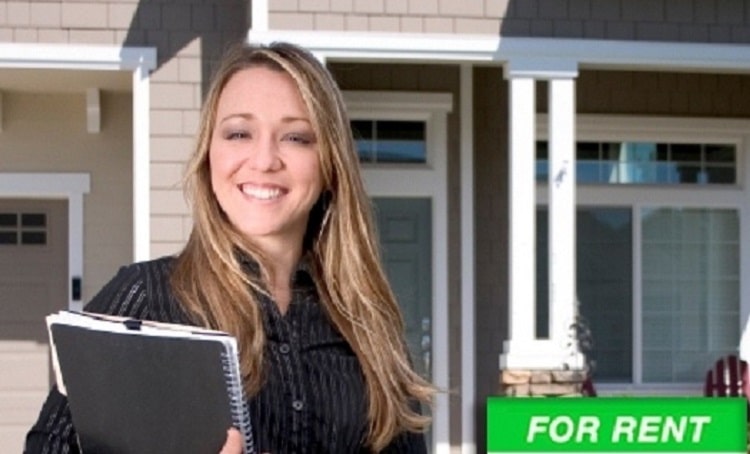 The law provides one important exception to the general rules. If the taxpayer is able to meet the definition of a “real estate professional,” he or she will be subject to the general passive activity rules; however, the rental real estate activity will NOT automatically be deemed to be passive.

While the requirements, in and of themselves, are not overly burdensome, it is easy to run afoul of the rules – sometimes with serious consequences. Two recent cases illustrate the reach of the tax authorities and the quagmire in which taxpayers may find themselves if they do not carefully navigate the rules. These two decisions support the need for detailed focus on the requirements of the law to make use of losses generated in a passive activity and, specifically, real estate activities.

A Decision for the Taxpayer

In a pro-taxpayer decision filed on April 24, 2017, a taxpayer who worked as a stockbroker was found by the Court to be a “real estate professional” under the passive activity loss rules. In this case, which illustrates how beneficial use of rental losses can be with proper planning, the facts are key to understanding the outcome.

The taxpayer had worked as a stockbroker for more than 30 years.  At the date of trial, she managed personal and investment accounts with approximately $70M in total assets. Generally, she would work in her brokerage office from 12:30 p.m. until the U.S. markets closed each day. For this activity, she was compensated based upon her production, through the payment of an up-front commission as accounts were added to the portfolio and through smaller trailing commissions paid quarterly. She frequently worked in her office beyond the market close, most often on charitable endeavors.

In addition to her brokerage employment, the taxpayer also owned 12 rental properties and a 50% interest in a vacant lot in Florida.  She maintained a home office that she used primarily to complete administrative tasks associated with her rental properties.

The duties and activities conducted by this taxpayer included all aspects of real estate management, including vetting potential tenants, collecting rent and evicting tenants when required.  She also negotiated with, hired, and oversaw contractors and repairmen working on the rental properties.

Understanding the time commitment to manage multiple real estate investments, she set aside the morning hours before going to her brokerage position to complete the necessary tasks associated with her rental properties.  Although all properties were titled in her name, the rental real estate activities were conducted under the name Windham Agency, LLC.

According to her records, the taxpayer spent 901.25 hours on real estate activities, spread across 10 of her 12 properties, during the tax year in question. This gave rise to a loss of $307,933, which she used to offset her broker income.

Note: As an illustration of the impact of such a deduction, assuming that the taxpayer was in a 33% tax bracket, the tax savings of using the rental real estate losses would be nearly $102,000 plus any state tax savings, if applicable (Florida has no state income tax).  Thus, the classification as a real estate professional had a profound effect on her income tax returns.

The taxpayer included the activity from the rental real estate activities on a Schedule C, Profit or Loss from Business, on her Form 1040. The rents collected had been reported on that form as gross receipts or sales. Interestingly, she also included a list, by property, of the sources of those gross receipts or sales. It is unclear from a reading of the case if there was a specific motivation for this reporting methodology or if the preparer simply used this format to ensure that he was able to get the losses to offset the other sources of income on her tax returns.

Upon examination, the Internal Revenue Service disallowed the loss, claiming it was passive in nature.

In making its analysis, the Court needed to evaluate the two conditions set forth above.

Even if the requisite time is spent in “real property trades or businesses,” the deductions are still not allowable against nonpassive income unless the level of taxpayer involvement meets the material participation threshold.

The Tax Court found that each real estate interest had to be viewed as a separate activity because the taxpayer failed to make an election to group them. Such a finding is critical to the position of the taxpayer. Because she did not make the election, she did not incur the requisite hours by property to meet the material participation “bright line” standard of 500 hours, which was necessary to take advantage of the tax losses from the rental real estate activities.

Despite the taxpayer’s failure to meet the bright line test, the Court examined the facts using alternative tests set out under the passive activity rules including:

As a result of the Court’s assessment of the facts and the application of these three tests, it found that the taxpayer’s level of involvement did meet the material participation threshold. The Opinion further noted that the requirement for 750 hours of service during the year in question is easily met because the taxpayer performed more than 889.25 hours.

Based on the findings above, the Court concluded that the losses were, indeed, nonpassive. Therefore, they were deductible by the taxpayer against other sources of income for the year in question.

A Decision against the Taxpayer

In this case, filed, April 17, 2017, the taxpayer was a licensed real estate broker who also worked full-time in an unrelated field (as field sterilization technician for a company named HSS, Inc. in Colorado.) In addition to that job, he also owned an S corporation that engaged in rental real estate activities.

During the year at issue, the taxpayer spent significant time acquiring and repairing rental properties – according to his monthly calendar, he spent 2,520 hours on real estate activities. Accordingly, he claimed a nonpassive loss of $96,354 on his tax return, which the IRS disallowed.

The taxpayer argued that he was a real estate professional, and that he materially participated in the business. In this case, the Tax Court disagreed, holding that the taxpayer greatly exaggerated the time spent on real estate activities and did not properly substantiate his claim.

The Findings of Fact in the case indicated that the taxpayer spent at least 2,194 hours on his duties associated with his employment. During that same tax year (2012), the taxpayer maintained an active business marketing commercial and residential properties for several clients. In addition, he had other real estate activities conducted through the S corporation – in 2012, the S corporation reported an ordinary business loss of $96,354.

Upon examination, the Internal Revenue Service disallowed $56,863, arguing that it was a passive loss from a real estate activity, and contended that the taxpayer did not qualify as a real estate professional. As noted earlier, to meet this requirement, a taxpayer must provide more than one-half of his or her total personal services in real property trades or businesses in which he or she materially participates and perform more than 750 hours of services during the tax year in real property trades or businesses. Ultimately, due to other adjustments, the Internal Revenue Service disallowed the entire loss from the S corporation.

The key reason for the court’s decision against the taxpayer in this case was, unfortunately, recordkeeping. While any reasonable means of substantiation meets the requirement for recordkeeping, the taxpayer’s only substantiation was a monthly calendar that indicated where the taxpayer worked on a particular day, a brief description of the work performed, and an estimate of the hours and the number of miles driven to and from the properties. The calendar showed that the taxpayer worked 10-14 hours on each Saturday and Sunday during 2012 and an additional 4-6 hours daily during the week. This was in addition to his other job, where he was found to have worked at least 2,194 hours. To do this, the taxpayer would have had to work approximately 13 hours a day for 366 days in 2012 for a total of 4,712 hours.

The court was incredulous and found the calendar untrustworthy and exaggerating of the taxpayer’s real estate activities. The court had no alternative but to deny the taxpayer’s claim that he spent more than half his time on real estate activities and businesses. The court’s decision confirmed the findings of the Internal Revenue Service during the course of their examination.

As illustrated in this case, and also for any number of other activities, poor recordkeeping is the easiest way to run afoul of the tax law.  If the taxpayer did, indeed, work the argued number of hours in his real estate activities, he certainly would have had a better chance of success upon examination with contemporaneous, detailed records.

Proper planning for optimum use of losses generated by potential passive activities is a complex process. An astute understanding of the guiding tax authority and law, and the underlying facts of any particular situation are required, as well as a quality recordkeeping effort and creative construction of tax strategies, in order to maximize the benefit of any losses that might be generated by the activity.

For questions and comments please contact Bob Grossman or Don Johnston at 412-338-9300.

Some Short-Term Rental Income Can Be Tax-Free