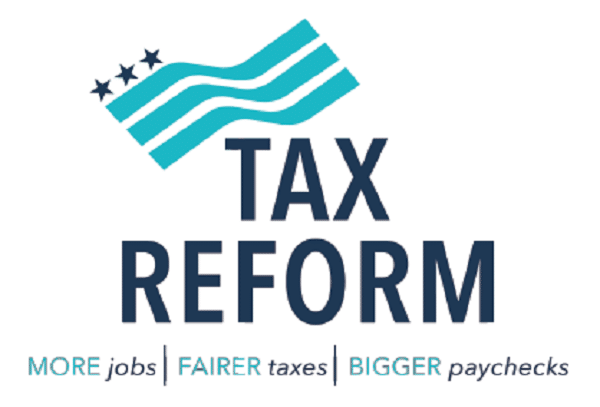 As was expected, the framework took no steps in proposing actual legislation and leaves the actual legislative language to Congressional tax writing committees. Democrats, who were not involved in the release of the proposals, expressed support for middle-class tax relief but cautioned they would work to defeat proposals that cut taxes for higher-income taxpayers. The Republican proposal is also likely to encounter a roadblock from lawmakers who want deficit-neutral tax reform.

For individuals, the Trump/GOP plan provides simplification through a reduction in the number of applicable tax brackets and a significant expansion of the standard deduction.

Under the proposed framework, the current seven tax rates for individuals would be consolidated into three: 12%, 25% and 35%, but the income levels for the proposed rates have not been defined. The framework also calls for an unspecified “additional top rate, [which] may apply to the highest-income taxpayers to ensure that the reformed tax code is at least as progressive as the existing tax code and does not shift the tax burden from high-income to lower- and middle-income taxpayers.” No mention was made within the framework of the fate of the current zero, 15% 20% capital gains rates.

The Trump/GOP plan would almost double the current standard deduction for individuals, to $24,000 for married taxpayers filing jointly and $12,000 for single filers. However, the framework would repeal the personal exemption for dependents but “significantly” increase the child tax credit. A new non-refundable credit for non-child dependents would also be created.

The reform framework  points out that the “typical family” now in the current 10% bracket would be subject to the 12% rate as proposed, but would be better off due to the larger standard deduction, child tax credit and “additional tax relief that will be included during the committee process.”

No specific mention was made of the controversial proposal that has been circulating to eliminate the itemized deduction for state and local taxes. There is likely to be a great deal of push-back from members of Congress representing constituents in states with high income taxes.

Also slated for elimination are the federal estate tax, the generation-skipping transfer tax, and the Alternative Minimum Tax (AMT). Because the AMT generates significant revenues, some lawmakers may work to retain it.

The motivation of the business provisions within the Trump/GOP plan is to establish a tax environment within the United States that allows for competitive advantage against international competition.

The corporate income tax rate would be reduced from the current rate of 35% to 20% under the proposal. Importantly, special rules would give pass-through businesses a top tax rate of 25%. Administration officials have said that legislation would be put in place to prevent abuse. The framework also “aims to eliminate the corporate AMT.”

Expensing of business assets would also be enhanced under the Trump/GOP plan. However, as an offset, the deduction for net interest expense incurred by C corporations would be limited, and those for other businesses examined. Again, it is noteworthy that details appear to be left to Congressional tax writers.

Also, note that except for the start date of September 27, 2017, the framework does not designate any definite effective date for any other provision, apparently leaving the January 1, 2018, effective date for other aspects of tax reform open to negotiation.

Some tax preferences for businesses would apparently be retained and others eliminated. The reform plan calls for keeping the research tax credit and tax incentives for low income housing. The deduction allowed under Internal revenue Code section 199 for domestic production activities would no longer be necessary and, as such, would be eliminated under the framework.

Another major motivation for Mr. Trump and the Republicans is to open the gate for repatriation of monies currently earned by United States corporations and being held offshore due to the high tax cost currently assessed when these funds are repatriated.

The Trump/GOP plan calls for a “100-percent exemption for dividends from foreign subsidiaries (in which the U.S. parent owns at least a 10-percent stake).” Further, “to transition to this new system, the framework treats foreign earnings that have accumulated overseas under the old system as repatriated.”

What to Expect Next

The next steps involve the crafting of the proposed tax legislation in both the House and the Senate. Once completed, the proposal will go to the floor of each chamber for debate before a vote on a final package will occur. The final bills from both the House and Senate will then be sent to a committee of representatives from both chambers of Congress to allow for reconciliation of the two bills into a single bill. The final, consolidated bill will be voted on by both the Senate and the House before being forwarded on to the President.

The tax writing committees – the House Ways and Means Committee and the Senate Finance Committee (SFC) – will be tasked with writing the actual tax reform legislation. Both committees have held numerous tax reform hearings over the past few years. Republicans on the SFC have a slim majority, so tax reform legislation may not only move more slowly in the SFC, it may also take a different path from the Trump/GOP framework.

We will continue to monitor the progress of the tax reform effort as it moves through Congress. In the interim, should you have questions or comments, please contact Bob Grossman or Don Johnston at 412-338-9300.

Is Tax Reform on the Way?