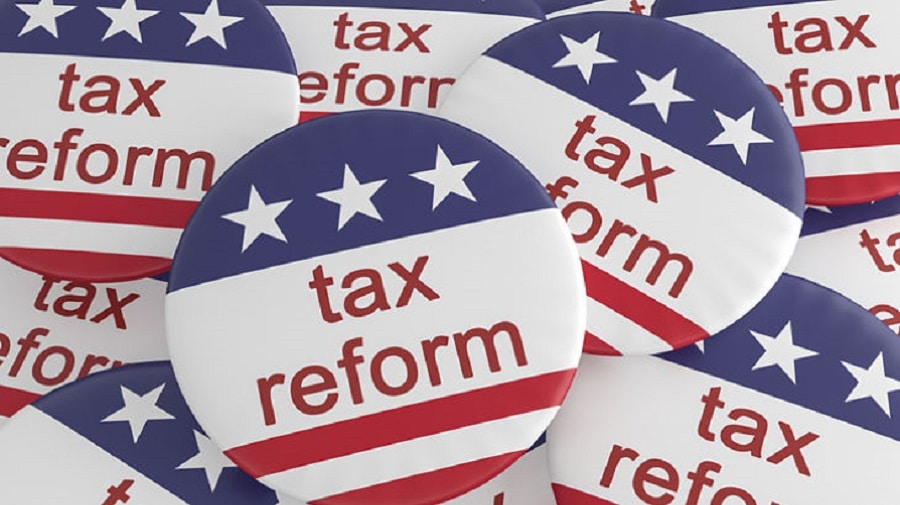 The President Trump show continues with a renewed focus on major tax reform in 2017.  One does not need to tune in to the Sunday morning political news programs to realize the critical importance to the Trump administration of a major legislative accomplishment in the current year.  Media coverage of the many stumbles made by the administration in learning how to effectively negotiate the office of the President of the United States has many Americans wondering if the President is up to the task of moving the country forward.  To be sure, much of the criticisms of Mr. Trump’s early presidency have been well earned.  However, the Administration still has sufficient time before the 2018 “mid-term” elections to show that it has the ability to move substantial reforms forward.

With repeal and replacement of the Affordable Care Act being defeated in the Senate, and the future of this issue on hold, the Trump administration is now focusing its attention on another major issue and promise made during the campaign – tax reform.  The last major tax reform package was passed in 1986 during the Reagan administration.

To get such significant legislation through the House and Senate will require tenacity, drive, showmanship and most of all, an ability to compromise for the greater good. The battle is set to begin when Congress returns to Washington, D.C. after its Labor Day recess.

The proposed tax changes are likely to impact businesses, both large and small, as well as individual taxpayers at all levels of income. It is very likely that many taxpayers (both business and individuals) will find themselves benefitting from some suggested changes while other provisions will prove detrimental to them. Such is the nature of attempting to bring major reform to an Internal Revenue Code approximating 16,000 pages in length (per the U.S. Government Printing Office).

On the business side, major reforms will be directed at remediating the competitive disadvantage of U.S. corporation income tax rates and the international tax provisions. The U.S. tax code is sorely outdated in both areas and needs a great deal of focus.  The highest corporate income tax rate is 35% and is one of the highest in the world. As a result of this high tax rate environment, many companies have relocated outside the borders of the United States, seeking tax relief through lower taxation rates imposed in competitor countries. The trend is worrisome, at best, and at worst, potentially, economically devastating.

Another aspect of the international tax regime to be addressed is the high tax cost of bringing monies earned outside the United States back into the country for reinvestment.  An important element of tax reform will be a possible “holiday” to allow for the repatriation of these dollars at a lower or zero tax cost. In this way, even for companies located outside the borders of the United States, substantial sums could be returned and reinvested in our country.

A trade-off that was discussed during the Trump campaign, and by the administration intermittently since, is the imposition of an additional tariff or “Border Adjustment Tax” on goods coming into the country. Once thought to be an offset to some of the administration’s tax reduction plans, strong negative response to this idea has pushed it to an exceedingly low priority. The idea is likely to be dropped in any final legislation.

Another major area of tax reform for business will be focused on the taxation of pass-through business entities, including S corporations, limited liability companies and partnerships. These companies do not pay taxes themselves, but rather at the individual owner level. As the entity of choice for many smaller and medium-sized companies, the highest rates currently imposed on “pass-through” income can be as high as 39.6%. If the proposed legislation includes regular corporation tax rates reduced from 35% to 20%-25%, fairness will require that Congress pass significant rate reductions for these pass-through businesses as well.

The proposed business tax reform is also likely to include greater opportunities to expense capital expenditures (equipment, machinery, vehicles and business furniture, etc.). While small businesses currently enjoy expanded expensing opportunities, thereby adding greater affordability to asset acquisitions, it is the intent of Congress and the President to significantly expand these provisions.

Individual tax reform is likely to start with a reduction in the number of tax brackets, from the current level of seven. Mr. Trump ran his campaign on a tax plan with just three brackets – 10%, 20% and 25%. His current plan proposes three brackets with slightly different rates – 12%, 25% and 33%. The thresholds for each bracket would set the 12% bracket for married couples at the first $75,000 of income; the 25% from there up to $225,000; and the 33% bracket for all income over $225,000. (For single individuals, the brackets would simply be 50% of these amounts.)

It has been a goal of the Republicans (both the President and both chambers of Congress) to repeal the Affordable Care Act as well as the taxes that were imposed to finance that legislation.  In particular, the 3.8% Medicare surtax on net investment income has been targeted repeatedly. However, having failed to get the Affordable Care Act repealed, it will be interesting to see if removal of the Medicare surtax is part of any major tax reform. Many commentators now feel as if that provision will remain, even after tax reform is agreed.

Another area of tax law to watch carefully will be the deduction elements of tax compliance. In particular, the standard deduction, personal exemption and itemized deduction rules are all likely to see major change in any agreed tax reform.

The original proposal from President Trump would keep all itemized deductions, but enact a more aggressive version of the Pease limitation (phasing out many deductions at higher income levels). But, perhaps given the reality that the Pease limitation is really just an income surtax, the current proposal shifts to simply capping itemized deductions at $200,000 for married couples ($100,000 for individuals). In addition, President Trump would consolidate the standard deduction and personal exemptions into a single, larger standard deduction of $15,000 for individuals filing separately, and $30,000 for married couples.

The first change would be an above-the-line deduction for child care expenses, available for up to four children. The deduction would only be available for kids under age 13, and would be capped at the average cost of child care in the state for a child of that age. An important change is that the deduction would apply not only for cost of care from third-party child care facilities, but also, the implied (average) cost of child care would still be deductible if care is provided by stay-at-home parents or (unpaid) relatives serving as caretakers.

This above-the-line deduction – effectively, an exclusion from income for a significant portion of child care expenses – would phase out at income levels above $250,000 for individuals, or $500,000 for married couples. The deduction would become available as a refundable credit for those with little or no income tax liability (through the Earned Income Tax Credit [EITC] system).

A similar above-the-line deduction would be available for “elder care” expenses for a dependent parent living in the home. However, the deduction for eldercare expenses would have a dollar cap of $5,000 per year.

In addition, President Trump has also proposed a new Dependent Care Savings Account (DCSA). Similar to Health Savings Accounts, contributions would be tax-deductible (up to a $2,000/year limit from all sources), and growth would be tax-free (with no “use-it-or-lose-it” requirements). Ostensibly, tax-free growth could only be spent for related expenses, which would include expenditures to foster child development (e.g., after-school enrichment programs or even school tuition) or to support expenses for dependent parents (e.g., for in-home nursing or long-term care). To further encourage contributions, low-income households (eligible for the EITC) would be able to get an up-to-50% match (with a maximum of $1,000/year) by requesting to have their EITC credit directly deposited into the account.

Prospects for Passage of Reform

It is important to note that there is a prominent tax proposal pending that was developed by the House, which is significantly different from the Trump administration’s current proposal. However, the overall goals of both proposals seem to be aligned closely enough to allow for a negotiated consensus bill supported by both sides. Representative Kevin Brady (R-Texas), the Chair of the House Ways and Means Committee, noted that tax reform will come out of the Committee, which suggests that the Committee is willing to work with the President to produce a tax reform package satisfactory to all.

It must be remembered that tax reform is not a sure bet. As we have witnessed with the initiative to repeal and replace Affordable Care Act, Congress and the President are often on different pages and do not lend themselves easily to a compromised solution. In addition, President Trump’s proposal will surely add to the national debt and the deficit (an estimate of the amount of additional cost will need to wait until the bills are more carefully crafted and the specific provisions are solidified). Note, however, that no one truly understanding of the process really believes that proposed reform can move forward without a careful assessment of the cost. To be sure, dropping the Border Adjustment Tax and the potential incoming funds from such a provision will prove substantially more limiting.

You can count on Grossman Yanak & Ford LLP to monitor the process closely and report out regularly on the status of the bill.  In the meantime, should you have questions or comments, please contact Bob Grossman or Don Johnston at 412-338-9300.