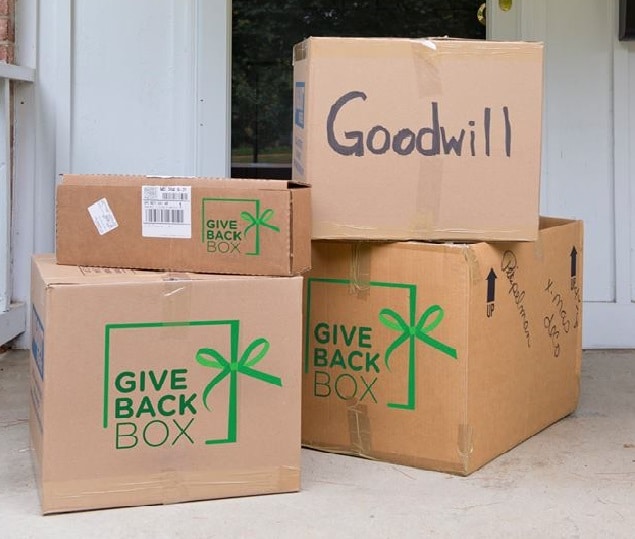 It is not at all unusual for individual taxpayers to work to reduce their tax liabilities by donating to charity used personal items such as furniture, clothing and household goods that still have some value and utility left in them. A recent Tax Court case, however, demonstrates how excessive noncash charitable contributions can draw the attention of the Internal Revenue Service.

In 2010 and 2011, the taxpayers claimed deductions for noncash charitable contributions of $79,000 and $90,000, respectively, representing approximately 46%-47% of their adjusted gross income for each year. The taxpayers’ modified adjusted gross incomes for the years in question exceeded $150,000, with the husband working as a professor and the wife working as a contract specialist. The Internal Revenue Service challenged these deduction amounts and determined significant income tax underpayments.

The circumstances surrounding the taxpayers’ lifestyle played an important part in the outcome of this case. The Maryland residents lived in a 1,600 SF home with a one-car garage, and owned two sedans. They also owned a condominium that was rented periodically, as well as two inherited properties, one of which was rented during the time period.

According to summary spreadsheets prepared by the taxpayers after their returns were filed, the contributed property included over $110,000 of used clothing and household goods. Upon audit, the Internal Revenue Service disallowed most of the deductions, concluding that the taxpayers failed to properly substantiate their donations. The Tax Court agreed, finding the claims to be “wholly unrealistic and incredible…” noting that, “the quantity of furniture and large items that taxpayers alleged to have possessed and given to charities each year would not likely have fit in their home.”

Attached to the taxpayers’ 2010 return was a Form 8283, Noncash Charitable Contributions, containing only limited information. It included the names of four charitable organizations, but there was no specific information about the individual items of property, the cost or basis, the valuation method or the date of acquisition. Also attached to their 2010 return were 27 receipt forms obtained from three of the charitable organizations in support of taxpayers’ noncash charitable contributions. As is all too common, most of the forms for 2010 were not signed or initialed by anyone, and none of the receipts were accompanied by any indication of the specific items claimed to be donated.

Similarly, for 2011, the taxpayers attached 26 receipt forms obtained from various charities with even dollar amounts ranging from $500 to $5,000 each, totaling $83,500. As in 2010, 23 of the 2011 receipts contained either generic descriptions of specific items or none at all. Three of the 2011 receipts had some detail about the items and may have been prepared by the charitable organization. One, from the Salvation Army, was related to a pickup at a Memphis home inherited by the husband and listed various specific items of furniture. The other two receipts were from Sustainable Community Initiative and reflected specific items: “25 various sized pieces of drywall” and on the other “3 file cabinets, 1 small book case, 1 toilet, 1 foldaway bed.” The values assigned by the taxpayers were $500 for the drywall and $1,000 for the other five items. The taxpayers did not disclose their basis, cost or date of acquisition in any of the three receipts, and no valuations were attached to the return or the receipts.

Though the amounts questioned by the IRS were for the 2010 and 2011 tax years, the taxpayers claimed significant noncash charitable contribution deductions in other years as well. For the years 2006 through 2009, annual amounts exceeded $25,000; they deducted $80,000 in 2012; $36,000 in 2013; and $52,000 in 2014. They claimed those noncash charitable contribution deductions for property similar to that described in their summaries in this case.

Section 170 of the Internal Revenue Code provides for a deduction from adjusted gross income for charitable contributions made during a taxable year. However, the allowance of a deduction is subject to verification under regulations. The nature of the required substantiation depends on the size of the contribution and on whether it is a gift of cash or noncash property.

For all contributions of $250 or more, an individual may deduct the gift only if he or she substantiates the deduction with “a contemporaneous written acknowledgment of the contribution by the donee organization.” This acknowledgment must: (1) include a description of any property other than cash contributed; (2) state whether the donee provided any goods or services in exchange for the gift; and (3) if the donee did provide goods or services, include a description and a good-faith estimate of their value. Note that the acknowledgment is “contemporaneous” if the taxpayer obtains it from the donee on or before the earlier of: (1) the date the taxpayer files a return for the year of contribution or (2) the due date, including extensions, for filing that return.

Lack of Proper Substantiation in this Case

In this case, the taxpayers reported $169,000 of noncash contributions to charities over a two-year period, all of which exceeded $250 in claimed value. Most of the claimed contributions exceeded $500, and several individual contributions of property or collective categories of similar property exceeded $5,000. The taxpayers’ returns and attached receipts, with limited exceptions (three out of 53 instances), did not contain specific itemization with respect to the property they claimed to have contributed in accord with the above statutes and regulations. The taxpayers did not obtain appraisals for any of the items they listed as contributions on their 2010 or 2011 returns, nor did they retain or offer any records or other evidence concerning the cost, basis or date of acquisition of any items listed as noncash contributions for 2010 or 2011.

The Court agreed with the Internal Revenue Service that the evidence submitted by the taxpayers lacked credibility to justify the deductions taken, noting that, “We find it unbelievable that all of the alleged used clothing, furniture, bedding, computers, bicycles, shoes, television sets, etc. would be worth 50% of their original acquisition cost.” In addition to losing the deductions, the taxpayers were assessed an accuracy-related penalty, which can be as high as 20% of the underpayment, itself.

The idiom, “pigs get fat while hogs get slaughtered,” cautioning against excessive greed, seems appropriate in this case. The huge percentage of income offset by the deductions is out of proportion with the published norms reported annually by the Internal Revenue Service. This discrepancy, alone, was likely the chief element by which the Internal Revenue Service initially identified the issue.

However, it is important to understand that the primary concern in this case was not merely the excessive amount of the donations but, rather, the lack of proper substantiation. Even large noncash contributions are allowable so long as the record-keeping requirements addressed above are met. The taxpayers in this case did not provide the requisite documentation to support their claims of noncash charitable contributions.

Should you have any questions on charitable giving, please contact Bob Grossman or Don Johnston at 412-338-9300.