More PPP Changes and Enhancements on the Way

The Paycheck Protection Program (PPP) created under the Coronavirus Aid, Relief and Economic Security (CARES) Act has been exceedingly successful in making funds available to businesses (see most recent SBA report), but it also has been poorly administrated with a constant flow of “partial” guidance. The frequent updates and changes to the program’s rules have created confusion and led to a level of complexity that no one could have foreseen at the passage of the CARES Act.

On June 5, 2020, the Paycheck Protection Program Flexibility Act of 2020 was signed into law, modifying many of the program’s provisions in an effort to expand the loans to more businesses. Further clarifications, changes and enhancements, appear to be in the works.

On June 10, 2020, Treasury Secretary Steven Mnuchin and Jovita Carranza, US Small Business Administration (SBA) Administrator, appeared before the U.S. Senate Committee on Small Business & Entrepreneurship to discuss the implementation of Paycheck Protection Program. During the hearing, Mnuchin noted that the Trump administration is open industry-specific tax incentives as well as additional changes and enhancements to the PPP program.

In response to an inquiry by Senator Tim Scott (R-SC) as to whether there was an appetite for further enhancing and extending the PPP loan program as the application expiration date (June 30, 2020) quickly approaches, Mnuchin confirmed that another round of loans is on the discussion table.

“I definitely think we are going to need [more] bipartisan legislation to put more money into the economy. We do not want to rush into that…we need to be much more targeted,” Mnuchin replied. “Whatever we do going forward needs to be much more targeted, particularly to the industries and small businesses that are having the most difficulty in reopening.” said Mnuchin.

A subset of PPP loans, “P4 loans” are intended for borrowers with 100 employees or fewer, including sole proprietorships and self-employed individuals. Eligible businesses must have already expended an initial PPP loan, or be on pace to exhaust the funding, and must demonstrate a revenue loss of 50% or more due to the COVID-19 pandemic.

To increase access to P4 assistance to underserved businesses, the bill reserves the lesser of $25 billion or 20% of PPP funds for employers with 10 or fewer employees. It also provides for priority processing of P4 loans for such firms.

Additionally, the bill requires the SBA to issue guidance within five days (as required by the CARES Act), which instructs lenders to give priority in loan processing and disbursement to underserved and rural borrowers, including veterans. It also requires the SBA to update the PPP loan application to collect demographic information on PPP recipients.

A bipartisan measure that is also in progress in the Senate would amend the CARES Act to clarify that receipt and forgiveness of a PPP loan does not affect the tax treatment of ordinary business expenses. The Small Business Expense Protection Bill (S. 3612) is sponsored by John Cornyn (R-TX), Senate Finance Committee Chairman Chuck Grassley (R-IA), and ranking member Ron Wyden (D-OR).

This bill was introduced on May 5, 2020, and has languished in the Senate Finance Committee for more than a month. However, it is expected to successfully clear the Senate by unanimous consent in the near future. No time has been set for the bill to reach the full Senate floor for debate.

This is an interesting bill, in that it does change historical tax law theory. In contrast, the controversial Internal Revenue Service Notice 2020-32, issued on April 29, 2020, clearly stated that businesses that qualify for PPP loan forgiveness will not be able to deduct certain expenses, including wages, paid for by the loan.

The impact of this potential change is huge. If such a measure were passed into law, not only would an employer/borrower receive the portion of the PPP loan that was forgiven with no federal income tax liability, but they would also get to the tax savings associated with deducting expense paid with the forgiven loan proceeds.

See the prior GYF website post for examples and explanation of the “double-dip” employer/borrowers will receive of the legislation is enacted.

As always, Grossman Yanak & Ford LLP will monitor these developments and report updates to our clients, contact and friends as they occur. In the interim, should you have questions or comments, please contact Bob Grossman or Don Johnston at 412-338-9300.

IRS Says No Double-Dipping on Expenses Related to PPP Loans 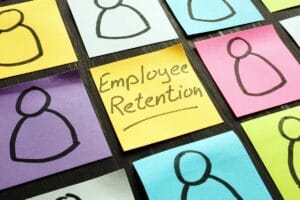 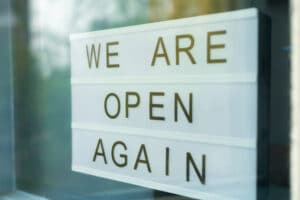 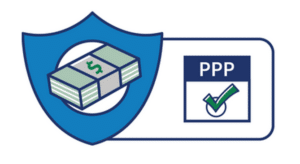 PrevPreviousWhat’s Up with the “Other” Loan Program Authorized by the CARES Act?
NextSBA’s EIDL Program ReopenedNext