A U.S. taxpayer working in a foreign country must report any income earned and pay applicable U.S. taxes. However, that taxable income can be reduced through: 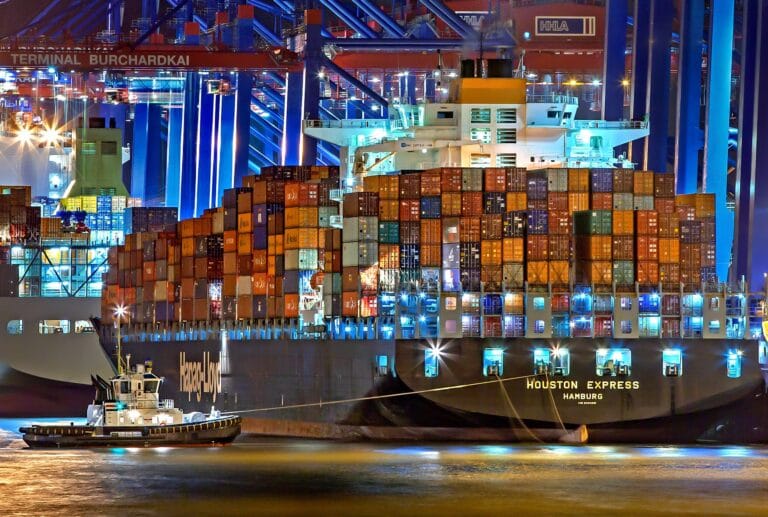 The U.S. tax system includes a foreign tax credit to mitigate the possibility of double taxation. This credit, which is at the heart of U.S. outbound taxation, reduces the U.S. taxes on income earned outside the country that has been subjected to a tax in the foreign jurisdiction. In effect, the foreign tax credit allows for a full offset for any foreign taxes paid, up to the level of tax that would be assessed on that same income in the United States.

The amount of the foreign tax credit that can be applied against U.S. tax liability is subject to limitation under the foreign tax credit limitation [IRC Section 904].  The credit against U.S. income tax is allowed for any income, war profits and excess profits taxes paid or accrued by the taxpayer to a foreign country or United States possession during the tax year. This includes taxes paid in lieu of income, war profits and excess profits taxes [IRC Section 903]. The credit may not be claimed against any U.S. tax, such as the accumulated income tax, that is not treated as a regular income tax. The credit is nonrefundable.

Note, that as an alternative to claiming the credit, a taxpayer may choose to deduct the foreign taxes paid or accrued.

The taxpayer can choose whether to take a deduction or claim a credit. Generally, it is more advantageous to credit qualified foreign taxes than to deduct them because the credit, which is taken against a taxpayer’s U.S. tax liability, reduces U.S. income taxes on a dollar-for-dollar basis. In contrast, a deduction merely reduces the taxpayer’s income subject to tax.

In certain circumstances, particularly with lower-level adjusted gross income, there will be cases where a deduction yields a more advantageous tax position. No portion of the taxes subject to the credit is allowable as a deduction from gross income for the tax year or any succeeding tax year.

Taxpayers entitled to claim the foreign tax credit, with respect to taxes paid or accrued to foreign countries and U.S. possessions, generally include:

The IRS has issued a number of specific rulings to address which foreign taxes qualify, and other limitations may apply. Tax treaties with other countries should also be considered. It is best to consult your GYF Tax Executive for assistance with determining which taxes are creditable.

Year of the Credit

The foreign tax credit may ordinarily be taken either in the year when the taxes are accrued or in the year in which they were paid, depending upon whether the taxpayer is on the accrual or the cash basis. However, a cash-basis taxpayer may elect to claim the credit on an accrual basis. Unused credits, which cannot be claimed for a tax year because of the limitations on claiming the foreign tax credit, may be carried back to the two preceding years and forward to the five succeeding years. Further, a taxpayer may elect the foreign tax credit at any time during the 10-year period of limitations.

The foreign earned income exclusion allows a U.S. citizen or resident to exclude, from his or her U.S. taxable income, a certain portion of their income that is earned in a foreign country. Thus, it is a mechanism by which to decrease the amount of income that would otherwise be subjected to double taxation. The amount of available exclusion is adjusted each year for inflation. Additionally, while housing cost amounts are included in an employee’s foreign earned income, an additional housing cost allowance exclusion, which is part of the earned income exclusion, may be claimed.

Qualifying for the Exclusion

Before any individual takes advantage of the foreign earned income exclusion, they must ensure they have a “tax home” in a foreign country and meet the qualifications and attributes as set forth under either the bona fide residence or physical presence test. Normally, one’s tax home can easily be identified as his or her principal place of business. If a taxpayer has no principal place of business, his or her normal place of abode is controlling.

To determine the amount of foreign taxes that are allocable to the excluded income, the amount of foreign taxes paid or accrued on the excluded income is multiplied by a limiting fraction. The numerator of the limiting fraction is the total of all foreign earned income and housing amounts that are excluded from income along with the housing exclusions, minus the definitely-related and properly apportioned expenses, excluding the foreign housing deduction. The denominator of the limiting fraction is total foreign earned income, minus all deductible expenses allocated to the income, including the foreign housing deduction.

Additional guidance can be found in IRS Publication 54

A major issue regarding income classification is the lack of clarity and global acceptance regarding how to determine the proper source of a stream of income. One country’s tax regime may not treat a transaction in the same manner as another. The sections below detail various characters of income and items for consideration in determining their sources for U.S. tax purposes.

The rules for determining the proper situs of the source for these entities changed in 2004. Prior to that time, the analysis was relatively simple. If the partnership was, in fact, engaged in a U.S. trade or business, it paid U.S.-sourced interest. Conversely, if the partnership was not engaged in a U.S. trade or business, the source was deemed to be foreign. In 2004, the rules for partnership interest sourcing were modified so that all foreign partnerships made foreign-sourced interest payments if their business operations were predominantly engaged outside of the United States, and the income was not allocable to income which was effectively connected to U.S. operations. In theory, these rules put partnerships and corporations on a semi-equal playing field.

From a corporate standpoint, the basic idea sources interest payments to the place of incorporation, subject to a few exceptions including obligations issued before August 10, 2010. Under this special provision, interest received from a resident alien was considered to be foreign-sourced if 80% of the domestic corporation’s gross income was from foreign trades or businesses. These types of domestic corporations are often referred to as “80/20 corporations” because the remaining 20% of activity was related to U.S. activity.

The general rule sources income to the location where the services were performed; however, the problem lies with employees who work from all around the globe, which can lead to confusion surrounding the performance location.

As always, there are certain exceptions to the general rules. A 90-day rule excludes certain compensation from the breadth of the U.S. tax system when the services are actually performed in the United States. This rule considers all compensation earned by a foreign person to be foreign-sourced if: (1) the individual is present for 90 days or fewer in the United States during the current taxable period, (2) the services are for a foreign person not engaged in a trade or business in the United States, and (3) the total compensation does not exceed $3,000. Practically speaking, the 90-day rule is never utilized as the dollar threshold is considerably low.

In determining the performance location and the proper allocation method when services are performed in multiple locations, the Treasury regulations allocate compensation on the basis of time. In contrast, other employee benefits are determined on the basis of geography. Housing, transportation and education benefits are determined based upon the employer’s business location. Moving expense reimbursements are sourced to the employee’s new location.

Gains from the Sale of Property

Within this category of transactions, there are several types of property that carry different sets of rules. In its simplest form, the sourcing of the sale of property is tied to the place of sale. Certain transactions and deals are easy to figure out when all of the elements to a contract occur at the same location. However, some transactions can be more complicated. Sales of real property create the easiest situations, while the sale of personal property, intangible property and inventory present considerable challenges.

Again, there are exceptions to the general rule. Citizens and resident aliens who pay an income tax equal to less than 10% of the gain from the sale of personal property to a foreign country can never be treated as nonresident aliens. Additional exceptions apply to the sale of depreciable property, intangible property and goodwill. For depreciable property, past depreciation is recovered with the same source of income it was used to offset. In determining the U.S.-sourced gain from the recovered depreciation, it bears the same proportion to the total gain as U.S. depreciation to total depreciation.

Additionally, where the sale of intangible property contains returns of capital, the rules differ based upon the taxpayer. For a U.S. resident, the installment sale provisions would apply, and gain would be recognized accordingly. Conversely, payments to foreign persons are allocated first to return of capital. After that is exhausted, then gain may be recognized.

Regarding the sale of inventory, IRC Section 861(a)(6) looks to the place of sale in assigning the source. The problem in international transactions, as in all transactions, is that a number of steps are involved to complete a deal. For starters, some point of inquiry and negotiation needs to take place to arrive at the terms, but the terms of the final contract may be determined at another place. The final goods and title may also be set at a different location. Fortunately, the United States has determined and codified that the source of the sale is at the same time and location as the passage of title unless the rules were manipulated as a tax-avoidance scheme. Title passes at the point of delivery by default.

However, as with any contract, terms can be negotiated to reflect the will of the parties or to depart from standard procedures. Because of the ability to control the terms of a contract, taxpayers are presented with an opportunity to determine the sourcing of the sale of inventory. This is very important for all interested parties.

For foreign persons, crafting the title to pass outside of the United States will allow the income associated with the deal to escape U.S. taxation. For U.S. persons, shifting the passage of title to a foreign jurisdiction is also very important. In any scenario, the income will be taxable in the United States. However, for purposes of the foreign tax credit, it is advantageous for U.S. residents to push as much income as possible to the foreign-sourced category to take advantage of the foreign tax credit and its related limitation computation.