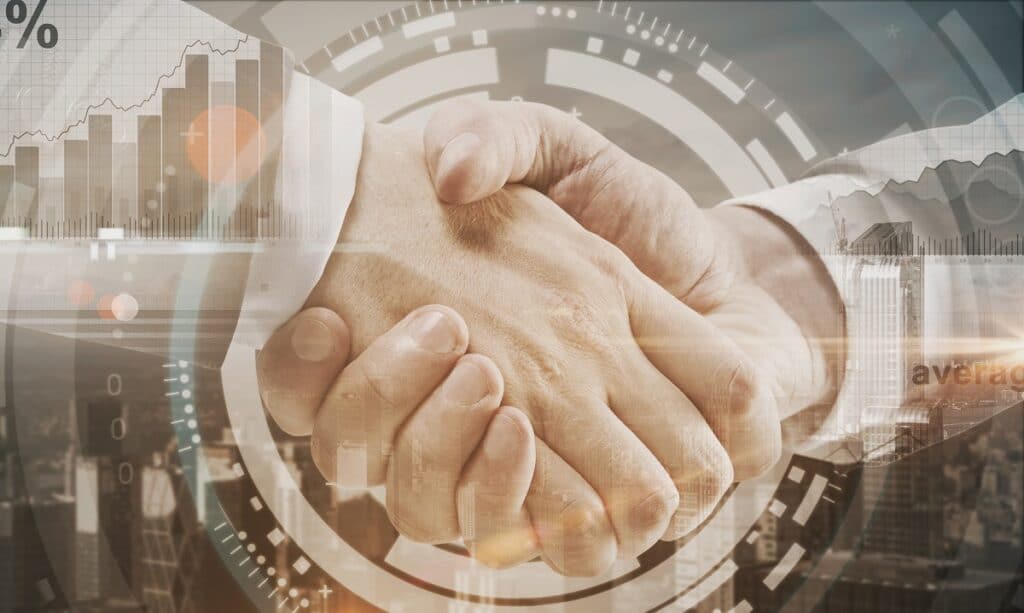 In August of 1970, the Accounting Principles Board (APB) issued Opinion 16: Business Combinations to set the standards for accounting for business combinations. Under APB 16, there were two methods of accounting for business combinations: the pooling of interests method and the purchase method. Business combinations that originated from the exchange of equity securities would use the pooling of interests method, while other combinations would use the purchase method.  The purchase method would assign costs based on fair values and allocate the remaining difference between the acquisition cost and the fair value of identifiable tangible and intangible assets less liabilities to goodwill. In June of 2001, to serve as a replacement to APB 16, the FASB issued FAS 141, which stated nearly all business combinations were acquisitions, so all combinations should be accounted for using the purchase method. Under the purchase method and FAS 141, intangible assets were required to be recognized separately from goodwill if they met one of two criteria: the contractual-legal criteria, or the separability criteria. The contractual-legal criteria means that the intangible asset arises from contractual or legal rights, regardless of whether those rights are transferable or separable from the entity or other rights and obligations. The separability criteria means that the asset is capable of being separated or divided from the entity and sold, transferred, licensed, rented or exchanged, either individually or together with a related contract, identifiable asset, or liability.

In 2007, FAS 141 was amended to become FAS 141R, which revised the original statement in order to improve financial information comparability. FAS 141 only applied to business combinations in which control was obtained by transferring consideration, but FAS 141R applied to all transactions and events in which one entity obtains control over another. The other significant changes in FAS 141R were that the purchase method became known as the acquisition method, it defined what an acquirer was (the entity that obtains control of one or more businesses in a business combination), and it established the acquisition date as the date the acquirer achieved control. FAS 141R also replaced FAS 141’s cost-allocation process with guidance requiring an acquirer to recognize the assets acquired, liabilities assumed, and any noncontrolling interest in the acquiree at the acquisition date, all measured at the acquisition date fair value. Additionally, FAS 141R defined a bargain purchase as an acquisition where the total acquisition date fair value of the identifiable net assets acquired exceeded the fair value of the consideration transferred, plus any noncontrolling interest in the acquiree. The acquirer was required to recognize the excess earnings amount as a gain; in contrast, FAS 141 simply required that amount to be allocated as a reduction of the amounts that otherwise would have been assigned to particular assets that were acquired.

In December 2014, the FASB issued ASU 2014-18 (Topic 805): Business Combinations: Accounting for Identifiable Intangible Assets in a Business Combination. ASU 2014-18 was based on a consensus that was reached by the Private Company Council (PCC) on Issue 13-01A, which bears the same title as the ASU. The consensus was reached by the PCC in September of 2014 and was then taken to the FASB for endorsement; that endorsement led to the creation and subsequent issuance of ASU 2014-18. The goal of the accounting alternative in ASU 2014-18 is to reduce costs while not significantly diminishing decision-useful information for users of the financial statements. As noted in the ASU, the PCC received feedback from private company stakeholders that the costs and complexity involved with the measurement of certain identifiable intangible assets may not justify the related benefits to financial statement users. That goal is primarily achieved in this ASU by no longer requiring customer-related intangible assets and noncompetition agreements to be recognized separately from goodwill. This update is applicable to all entities that are not public business or not-for-profit entities.

An interesting aspect of this update to note is that it featured an extremely close vote by the FASB on whether they should uphold the consensus of the PCC. Of the seven members of the FASB, only four voted to uphold, with the three dissenting members laying out very specific reasons why they disagreed with the consensus. The dissenting opinion is given at the end of the ASU and lays out multiple arguments for why this consensus should not have been upheld. In the view of the dissenting board members, it is not appropriate to implement an update for private companies while simultaneously evaluating the exact same issues for public companies but not releasing a corresponding update. It is important to note that since a corresponding update has not been released for public companies, if a private company who has adopted this alternative becomes public, they will be required to restate prior periods as if they had not adopted this alternative, which could be counterproductive in their attempts to save on costs.

The main argument presented by the dissenting board members questions how this update will affect the comparability of financial statements. The Board gathered reviews of the update from various financial statement users and found that different intangible assets would have relevance in each acquisition. Thus, customer-related intangible assets and noncompetition agreements could have significant relevance to certain acquisitions and should be accounted for separately, which would not be the case under ASU 2014-18. In a similar manner, the dissenting board members argue, this alternative hinders comparisons between public and private entities, which they worry could lead to less efficient capital allocation. Furthermore, the dissenting board members referenced the Private Company Decision-Making Framework (Guide); specifically, they referenced how the Guide states that disclosure is never an acceptable substitute for recognition. They cited this as reason to question the basis for providing a disclosure alternative for private entities as allowed by ASU 2014-18.

The alternative accounting method presented in ASU 2014-18 applies when in-scope entities (all entities that are not public business or not-for-profit entities) are required to recognize or otherwise consider the fair value of intangible assets as a result of any one of the in-scope transactions listed below:

Under this alternative guidance, the following in-scope transactions will no longer be recognized separately from goodwill:

Similar to previous guidance, ASU 2018-14 requires separate recognition of identifiable intangible assets from goodwill if they meet the contractual-legal criteria or the separability criteria. The guidance of ASU 2014-18 provides examples of customer-related intangible assets that would meet the recognition criterion under this alternative. The most common are the following:

Additionally, leases and contract assets as defined in Topic 606 are not considered to be customer-related intangible assets and are not eligible to be subsumed into goodwill under this alternative.

What does the adoption of this accounting alternative practically mean for private companies? In most cases, entities will recognize fewer intangible assets separately in a business combination as compared to companies that do not elect this alternative. To that end, they will recognize larger amounts of goodwill than their counterparts who do not elect to use this alternative. Private entities will continue to provide decision-useful information to the users of their financial statements, while reducing the costs and complexity associated with measuring certain identifiable intangible assets. The disclosures required under GAAP will continue to provide valuable information, but the cost and complexity of measuring the fair value of certain intangible assets will be less cumbersome.

An important note for private companies interested in adopting this alternative is that entities are required to adopt the guidance of ASU 2014-02: Intangibles—Goodwill and Other (Topic 350): Accounting for Goodwill, which describes the private company alternative for amortizing goodwill. ASU 2014-02 allows private companies to amortize goodwill over a useful life of ten years, or less if the entity is able to demonstrate that is appropriate. This guidance was implemented after the FASB learned that many users of private company financial statements ignore goodwill and its impairment when analyzing financial performance. If a company had not already adopted this guidance, they are required to adopt it on a prospective basis at the same time they adopt the alternative offered in ASU 2014-18. However, if an entity has elected ASU 2014-02, they are not required to adopt 2014-18, if they so choose.

Adoption of the accounting alternative provided in ASU 2014-18 depends on the timing of transactions that are considered to be in-scope under this guidance. The decision to adopt this guidance must be made upon the occurrence of the first in-scope transaction for fiscal years beginning after December 15, 2015. If the first in-scope transaction occurs in the first fiscal year beginning after December 15, 2015, the guidance will be effective for that year’s annual financial reporting, as well as all interim and annual periods going forward. If the first in-scope transaction occurs in fiscal years beginning after December 15, 2016, the guidance will be in effect as of the interim period that includes the date of the transaction, and all subsequent interim and annual periods that follow. Existing customer-related intangible assets and noncompetition agreements should not be subsumed into goodwill and should continue to be recognized in accordance with Topic 350: Intangibles—Goodwill and Other.  Entities are permitted to adopt the guidance early; any interim or annual period for which an entity’s financial statements are available to be issued may use this accounting alternative. It is important to note that adopting this alternative is permanent: all business combinations an entity is involved in post-adoption must observe this guidance.

Since the original guidance issued in APB 16 in 1970, private company accounting for business combinations and purchase accounting has changed numerous times and in various ways. All of the changes have been attempts to ease reporting for companies while increasing the effectiveness of financial statements for users. ASU 2014-18 is the latest attempt to make financial statements as beneficial as possible, but it is not without controversy. While this update is available, not all private companies have elected it, and many may not. If the FASB chooses to implement a similar policy for public companies, there could be wide-sweeping ramifications, but until then, private companies will need to evaluate whether this alternative is the right choice for their company and the users of their financial information. 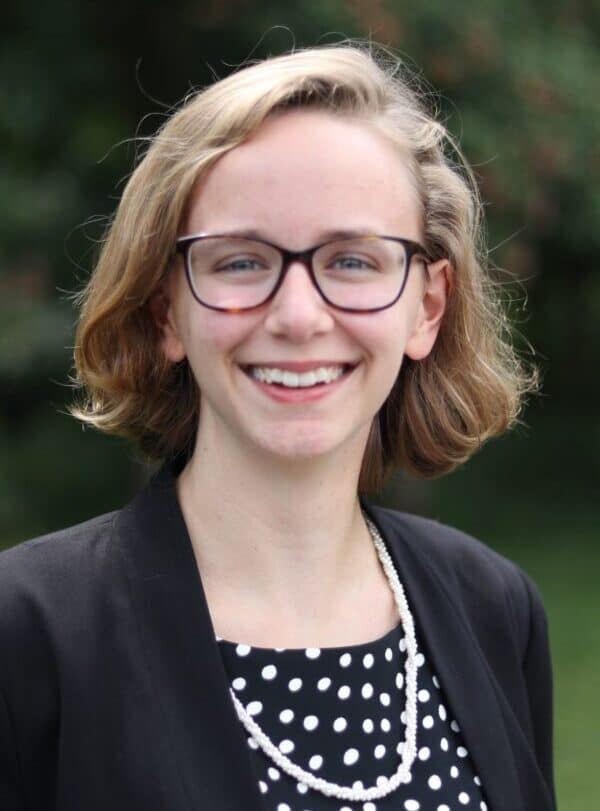 Emily provides support for technology/software implementations for GYF ERP Solutions Group clients. She utilizes her academic background in both business management and accounting to help clients improve their business processes and maximize their technology investments. 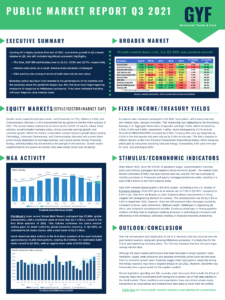 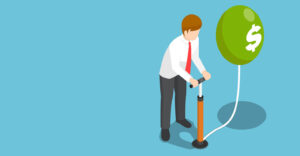 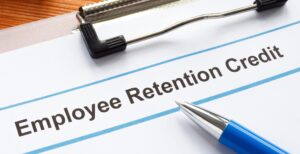 PrevPreviousASU 2018-15 Simplifies Accounting for Cloud Computing Expenses
NextPittsburgh’s GYF ERP Solutions Group Debuts a New WebsiteNext
We use cookies on our website to give you the most relevant experience by remembering your preferences and repeat visits. By clicking “Accept All”, you consent to the use of ALL the cookies. Please visit our cookie policy for further details.
Cookie settingsACCEPT ALL
Manage consent